Does a Vascular Surgeon Treat Veins?

Do you have spider veins or varicose veins on your legs and feet? Do your legs feel heavy, especially at the end of the day or after staying still for long periods? Do you also have restless legs or frequent leg cramps? These are all warning signs that you may be suffering from a serious circulatory disorder called venous insufficiency. 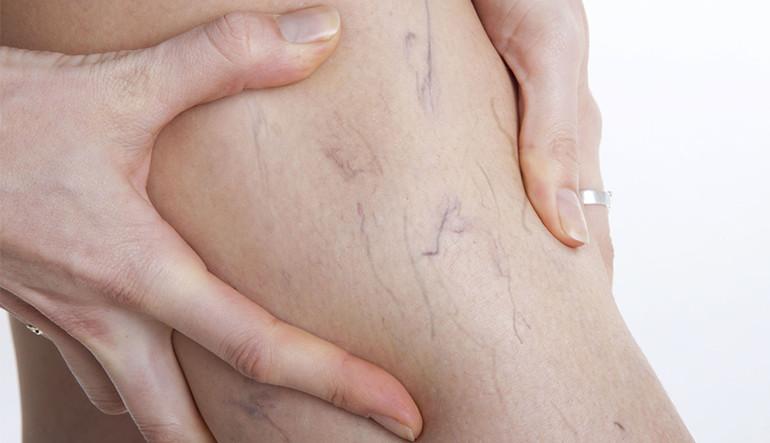 Chronic venous insufficiency is a condition in which your vein valves collapse and fail to facilitate blood flow to the heart. As a result, blood flows back down and pools in the leg veins, leading to vein dilation and the formation of varicose veins and spider veins. If left untreated, it can get worse and lead to complications like skin diseases, leg ulcers, and deep vein thrombosis.

In the past, the only way to treat vein disease was through vascular surgery. Procedures like vein ligation and venous bypass surgery required the patient to be hospitalized and a vascular surgeon had to physically either close down the affected saphenous vein or remove the diseased vein.

As is true for all surgeries, vascular surgery was extremely risky, with a high risk of side effects like deep vein thrombosis and infections. Vascular surgery also had a relatively low success rate of 85% and it required the individual to be laid off work for several days. But yes, vascular surgery does work, but it’s far from efficient or safe.

However, thanks to modern medicine and advanced technologies, there’s no need to take such risks. Modern minimally invasive vein treatments are far more effective, lead to no downtime, and are completely safe. Furthermore, even though a vascular surgeon does treat veins, a lot of other kinds of doctors can also treat vein disease, such as anesthesiologists, cardiologists, and anyone who has gone through the right training.

Minimally invasive vein treatments are those that can generally be conducted in the vein doctor’s office and are conducted on an outpatient basis. The procedures generally last less than an hour and the patient is immediately discharged and can go about their daily activities. These vein treatments are also completely safe, generally have a success rate higher than 97%, and they have a negligible risk of side effects. Considering all of these benefits, they’re a far better alternative to vascular surgery.

The following are some of the best minimally invasive vein treatments.

Endovenous laser ablation is a vein treatment procedure in which the vein doctor inserts a catheter and a laser fiber into the diseased saphenous vein under ultrasound guidance. Once the laser fiber lodges in place, the vein doctor can activate it to generate laser energy that disrupts the vein walls and collapses the diseased vein. The accumulated blood automatically reroutes to healthier veins.

Radiofrequency ablation is a minimally invasive vein treatment procedure in which the vein doctor inserts a catheter through an incision made on the skin under ultrasound guidance. Once the catheter meets the diseased saphenous vein, the doctor applies anesthesia all along the saphenous vein and then triggers the thermal energy to collapse the vein. The accumulated blood reroutes to healthier veins and the diseased vein hardens and eventually gets absorbed by the body.

VenaSeal is the latest and simplest minimally invasive vein treatment available. During this procedure, the doctor injects a minimally invasive medical adhesive into the diseased vein. This vein glue acts fast and seals the walls of the vein, essentially shutting it down so that the accumulated blood can reroute to healthier veins.

Ambulatory phlebectomy can’t be used as a primary treatment for vein disease. This procedure can only remove the superficial varicose veins that are left behind after the vein disease treatment. Once the vein doctor has closed the diseased vein, they can use this procedure to surgically remove the surface veins. This removes all of the appearance of varicose veins from the surface of your skin. As such, ambulatory phlebectomy is purely considered to be a cosmetic treatment.

Sclerotherapy is yet another cosmetic treatment that’s generally used after the primary vein treatment concludes. During this procedure, the vein doctor injects a medicine into the spider veins. This makes the walls of the spider veins stick together and harden into scar tissues. The accumulated blood reroutes to healthier veins. Over time, the scar tissues dissolve or get reabsorbed by the body. A single sclerotherapy session can reduce the appearance of spider veins by up to 80%.

VIP Medical Group has some of the world’s best board-certified vein doctors and vascular surgeons who specialize in the latest minimally invasive vein treatments conducted with the latest technologies. It’s important to remember that the early symptoms of vein disease can often be mistaken for signs of aging. If you have any of the initial signs of vein disease, please schedule your minimally invasive vein treatment immediately because it progresses rapidly.