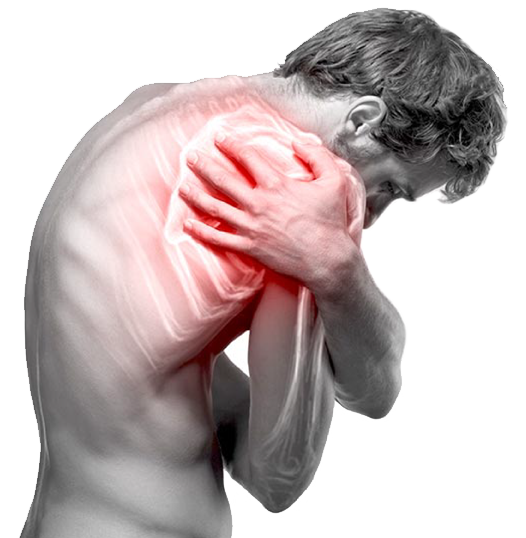 Radiofrequency ablation is a procedure that helps in relieving pain which acts on a long-term basis than that done by use of facet blocks or injection. This procedure works by destroying nerve fibers that transmit pain signals to the brain. This method of pain relief can be carried on people with chronic facet joint pain. The facet joint pain includes, neck pain, chest pains and lumbar fact pains. If you frequently have pain that is recurrent and you have had a dose of facet block, then you can have a radiofrequency ablation procedure. Typically, radiofrequency signals are electromagnetic signals which travel as fast as the promptness of light. It is a nature of heat energy that erupts from a unique generator from a high frequency. It uses the super-heated generator to deliver energy to central nerves that transmit pain signals with precision.

There are several long-lasting pain that can be treated with RFA. Some of the conditions which work well with this treatment procedure include spinal pain such as post-traumatic pain (whiplash), spinal arthritis (spondylosis), pain after spine surgery, and other spinal pain conditions. Other conditions that are known to respond to RFA are some neuropathic pain conditions like Complex Regional Pain Syndrome (CRPS or RSD), peripheral nerve entrapment syndromes, and other assorted chronic pain conditions. Most importantly is best works with patients with chronic back and neck pains and the pains that is related to degeneration of joints from arthritis. In the spine, RFA is used for sacroiliac joint pain and facet pain.

The procedure / What to expect

A facet block is used to diagnose the cause and location of pain. A facet block is an injection of a local anesthetic into a facet pain joint in the thoracic, cervical or lumbar spine. If the structure is found to be the cause of pain, an interruption is targeted on the nerve supply.  A radiofrequency cannula is inserted next to the nerves with the guide of fluoroscope which is a live video X-Ray. The shaft of the RF cannula is covered by protective insulation except for the top 5 to 10 mm. The insulation enables the electric current to spread in the nearing tissues from the top part of the cannula. When your doctor releases that the cannula shaft is in a good position, he will conduct a test and pass a minimal amount of electric signals through the cannula tip in multiple frequencies.  This test is crucial as it helps the doctor know of the closeness of the particular nerve to the cannula tip, and that cannot affect any other nerve. A positive test must confirm that the cannula tip is in a good position. In this case, a local anesthetic is inserted to shock the section of the nerve. The radiofrequency generator is thus used to heat the tip of the cannula for about one and half hours and therefore the aimed nerve is damaged.

In recent studies done by various medical practitioners, radiofrequency ablation has a been a complete pain relief for 21% of the patients who have been through the procedure. 65% of the patients who have undergone the procedure have reported mild pain relief. One of the benefits of RFA is that it is used to help patients with low back pains, neck pains and arthritis. Other benefits of Radiofrequency ablation include:

How does it work

RFA works by spreading electric current from the cannula electrode and grounding wads that rest on the skin of the patient. The electric current is passed in range of radiofrequency signals.  Heat forms around the needle electrode resulting from the currents which are the directed to the target nerve terminates the tumor cells. consequently, heat waves from the microwave energy blocks the open of the blood vessels preventing any bleeding from happening. The already destroyed cancer cells are substituted by scar nerve which shrinks with time. RFA works bets by releasing the electric current in a microwave energy range. Some of the equipment that may help the doctor guide the cannula conductor into the target nerve is magnetic resonance imaging, computed tomography or Ultrasound. Patients are often given moderate sedation during the process but it is not required. Deep sedation is not a safe procedure for the RFA procedures. It is very common in patients with neck pain and low back pain to strengthen for a few days after the RFA procedure.

How many treatments do I need?

The first procedure has worked for some patients. If the initial procedure does not work in completely relieving your pain, you will be advised to take another radiofrequency ablation or a touch up process after two to three weeks. You need to note that RFA is not a permanent procedure and hence in case it wears off, the procedure can be repeated.

When will I feel better

The pain relief process may last for about 9 to 24 months. It is possible that the pain may reoccur caused by the burned lesion that results from the radiofrequency ablation procedure. If the nerve regrows, it will take about six to 12 months after the procedure. The RFA procedure has proved to be successful to 80% of the patients who have undergone a never block. If needed the procedure can be repeated. Young people with facet pain that results from minor strain or trauma may experience permanent pain relief. Older people with facet pain that results from osteoarthritis may have months of recovery.

After the procedure you should a ride home if you had sedation which is most of the cases. It is important for the patients to take it easy and not do any work for the next couple of days after the procedure. Otherwise you can undertake activities that your body can incorporate. You should apply is packs on the treated areas. If the radiofrequency ablation was successful, the effects of the radiofrequency can last from three to eighteen months with most patients experiencing it for a range of six to nine months.

Is this procedure right for me? What are the risks/benefits?

It may not be easy to predict if the radiofrequency ablation will work or not. In general terms, the patients who have a successful facet block are in a better position to show good results after the RFA.

Risks that may occur

At first, there will be muscle soreness that will last for about six days after the procedure. To control the level of discomfort that comes with the soreness, you can use ice packs. After a few days, the pain may reduce gradually.

We are experts in minimally invasive procedures with zero downtime, allowing you to resume regular activities the same day. Leave us your information, and we will reach out to help you verify your insurance coverage, and schedule an appointment with one of our vein specialists.  We are a non-participating provider with BCBS, empire, Aetna, GHI, Cigna, United Healthcare, Oxford, BCBS Horizon, Magnacare and we will work directly with your insurance company to help you get treated with no surprise bills.

By emailing us or contacting us via web form, you are accepting the inherent privacy limitations of online communication. For more information about internet privacy, please read our "Communication by Email/Text" document. Please respond "stop" to text messages to opt out.
×