Is the Van Gogh Vein Procedure in Chicago Effective?

The Van Gogh Vein Procedure in Chicago, also known as VeinGogh, is a new varicose veins treatment option that uses microburst technology to remove spider veins. It uses a process called Ohmic Thermolysis System in which heat is used to collapse the damaged spider veins, so they eventually get absorbed by the body and fade away.

The Van Gogh Vein Procedure Chicago is a minimally invasive outpatient procedure. During the procedure, the vein doctor inserts a small stylus with a hair-like fiber into the diseased spider veins to deliver heat energy and collapse them. The procedure concludes within a few minutes. However, it only treats extremely small and minute spider veins and lesions. This procedure isn’t very suitable for most regular spider veins, and you may need several sessions to see any significant results.

You should note that neither the Van Gogh Vein Procedure nor the Sclerotherapy Procedure can treat vein disease. Both of them are cosmetic procedures and can only treat spider veins. If your spider veins are caused by underlying vein disease, you’ll need to opt for other minimally invasive vein treatment options like radiofrequency ablation, endovenous laser ablation, and VenaSeal.

If you live in Chicago, then Vein Treatment Clinic is one of the best vein clinics in your area for spider vein treatment. Our state-of-the-art vein clinic is home to some of the country’s finest vein doctors who examine the root cause of your spider veins and treat it using the latest and most effective minimally invasive vein treatments. Our vein clinic is also highly accessible for everyone in or around Chicago because we have plenty of parking space, and our clinic is across from the red line stop at Clark & Division. Vein Treatment Clinic Chicago is also close to prominent landmarks such as the Magnificent Mile and the Chicago History Museum. 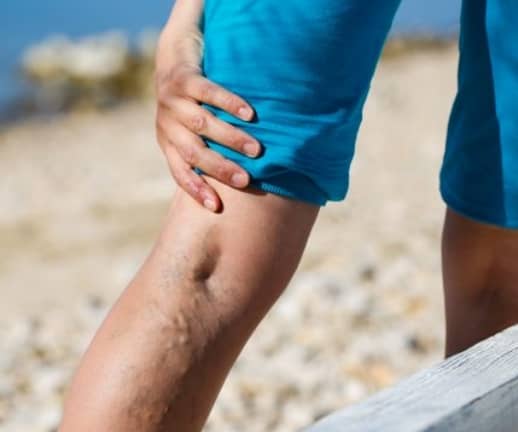 Endovenous laser ablation, also known as laser vein ablation, is one of the best minimally invasive treatment options for varicose and spider veins. This is a procedure in which the vein doctor creates an incision on the surface of your skin and inserts a catheter attached to a laser fiber under ultrasound guidance.

Once the endovenous laser enters the diseased saphenous vein, the vein doctor injects tumescent anesthesia to the walls of the vein to protect the surrounding tissues from injury. Once the local anesthesia is applied, the vein doctor activates the laser fiber to generate laser energy that disrupts the walls of the diseased vein, eventually destroying it. The accumulated blood reroutes to healthier veins to restore blood circulation to the heart.

Endovenous laser ablation is one of the most effective vein treatments available, but it does cause slight pain and discomfort after the treatment. You also have a slight risk of infections of blood clots — but that risk is negligible and unavoidable. While this vein treatment is better than vascular surgeries, you should ideally opt for other minimally invasive vein treatments like radiofrequency ablation and VenaSeal.

Radiofrequency ablation is similar to laser vein ablation, but it uses heat energy instead of laser energy to disrupt the vein walls. VenaSeal is a procedure in which the vein doctor uses medical adhesive to fuse the diseased vein’s walls, essentially shutting it down. Both of these procedures are highly effective, and they cause minimal pain or discomfort, both during and after the treatment.

Van Gogh Vein Procedure Chicago, also known as VeinGogh Procedure, is often cited as one of the best new vein treatments for spider veins. This is a procedure in which microburst technology is used to channel heat energy and destroy tiny spider veins on your skin. You can read more about the Van Gogh Vein Procedure in Chicago here. While this procedure can treat some of the really small spider veins, it is a largely ineffective procedure. Sclerotherapy is currently the best spider vein treatment option available. During the sclerotherapy procedure, the vein doctor simply injects a medicinal solution into the spider veins to harden them into scar tissues that eventually get absorbed by the body. Vein Treatment Clinic Chicago is currently the best vein clinic in the Windy City for spider vein treatments. Our expert vein specialist use the latest minimally invasive vein treatments to remove spider veins and also diagnose and treat the underlying vein disease. Our clinic is located close to the Magnificent Mile and Lincoln Park and just across from the red line stop at Clark & Division, making it highly accessible.