Top 5 Treatments for Varicose Veins — According to Medical Center

Varicose veins refer to dilated blood vessels that bulge out of the surface of the skin in a twisted form that’s been described to be like knotted ropes or tree trunks. It’s crucial to treat varicose veins as soon as possible because it’s caused by an underlying chronic condition known as venous insufficiency. 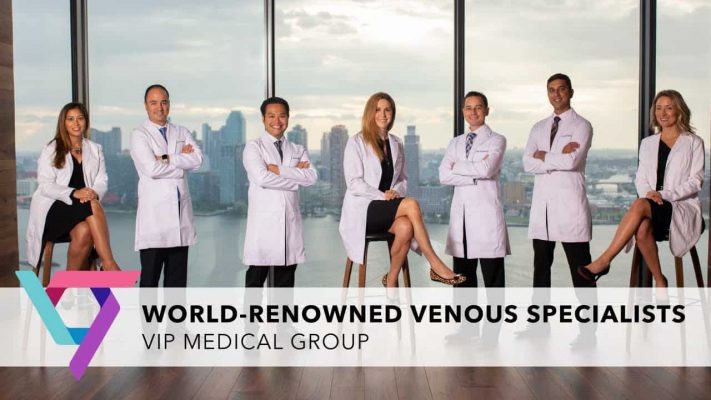 Chronic venous insufficiency is a condition in which the valves in your veins — the ones that carry blood to the heart and prevent them from flowing back down — get damaged. When these vein valves malfunction, blood flows back down and pools in your lower leg veins due to the force of gravity. Over time, the accumulated blood adds pressure on the veins, which leads to vein expansion and eventually the formation of varicose veins.

Since varicose veins are basically veins full of accumulated blood, they are extremely sensitive and prone to bleeding. If you even bump or scratch your varicose veins, they may start bleeding excessively and you’ll have to be taken to the emergency room. Venous insufficiency can also lead to other issues like swollen ankles and feet, skin diseases, skin discoloration, leg ulcers, and even deep vein thrombosis, which can be fatal.

In the past, the only way to treat vein disease was through complex surgical procedures that had a high risk of side effects. The vascular surgeons had to create incisions and perform skin grafts to physically remove or collapse the diseased vein. However, thanks to modern medicine and technologies, vein treatment can be done with extremely simple and minimally invasive procedures that carry a negligible risk of side effects. In this article, we discuss the top 5 treatments for varicose veins.

Radiofrequency Ablation is the most popular and most recommended treatment for varicose veins. This procedure is also known as VNUS and ClosureFAST because those are the technologies that assist in the procedure. This procedure uses thermal energy to alter the structure of the vein walls and collapse them.

During the procedure, the vein doctor injects an anesthetic into your knee and creates a small incision. This incision is the point of entry for a catheter that the vein doctors direct into the diseased saphenous vein under ultrasound guidance. The vein doctor also delivers anesthesia all along the length of the diseased vein and then activates the catheter to generate heat energy and collapses the vein walls.

The entire radiofrequency ablation procedure takes less than an hour and there’s no recovery downtime so you can resume your daily activities immediately. This vein treatment has a 97% success rate, it causes minimal discomfort, and it’s immediately effective.

Endovenous Laser Ablation is similar to radiofrequency ablation because this is also an in-office vein treatment that’s conducted under local anesthesia. This procedure necessitates the use of laser energy to collapse the saphenous vein.

During the procedure, the vein doctors inject local anesthesia into your knees to numb sensation and then directs a catheter and laser fiber through an incision on the surface of your skin. Once the catheter and laser fiber are in place, the vein doctor passes anesthesia along the vein. This causes an inflammatory reaction that immediately collapses the problematic vein. Over time, the vein gets absorbed into the body.

VenaSeal is also known as the vein glue treatment because this procedure uses a medical adhesive to seal the diseased vein shut. This is one of the latest and most advanced vein treatments out there.

During the procedure, the vein doctor simply injects the medical adhesive into the diseased saphenous vein. This vein glue acts immediately and fuses the vein walls together to seal the vein shut, harden it, and get it reabsorbed into the body. Over time, the accumulated blood reroutes to healthier veins.

This procedure has a 99% success rate, it’s completely safe and immediately effective, and it doesn’t even require any anesthesia. The only issue is that this is a new procedure so it’s not yet covered by insurance, which means it will be an expensive treatment to pay out of pocket.

Ambulatory Phlebectomy is a vein treatment in which the vein doctor creates several incisions on the surface of your skin and then physically removes the superficial varicose veins. This procedure doesn’t treat the underlying venous insufficiency but only removes the surface varicose veins. As such, this is considered to be a completely cosmetic treatment that improves the appearance of your legs but doesn’t treat the actual disease. Most vein doctors only use this treatment to remove the superficial varicose veins after the primary procedure is done.

Sclerotherapy is widely considered to be the best minimally invasive procedure for spider veins. During this procedure, the vein doctor injects a sclerosant solution into the spider veins to seal them shut and turn them into scar tissues. The accumulated blood reroutes to healthier veins and the scar tissues eventually get absorbed by the body, reducing the appearance of spider veins.

VIP Medical Group has some of the world’s best board-certified vein doctors who specialize in the latest minimally invasive vein treatments. They diagnose the root cause of your veins, go through your medical history and symptoms, and curate the perfect treatment plan for your needs. For more information, please schedule your vein treatments today.